Wind energy in the wood

In spite of being so densely populated, the Federal Republic is one of the most forested countries in the European Union. Around one third of the area is woodland. Central and south German states, in particular, have a forested proportion of around 40 percent. German forests bind no less than 52 million tons of carbon dioxide every year. Thanks to proactive forestry planning, it is possible reconcile the many competing interests which lay claim to the forests, e.g. for timber production, rest and recreation, nature conservation and climate protection and also for the generation of energy through wind energy.

For the issue of “wind energy in forested areas”, it is important to distinguish between natural forest and commercial forest.

Organic woodland with a high diversity of species is excluded from the utilisation of wind energy from the outset. The planning and construction of wind turbines in forested regions are restricted to commercial forests, i.e. areas of low ecological value. These are designated as “commercial forests” in contrast to woods that have grown naturally. Planning is always based on the strict rules of the German Forest Act and state forestry laws in order to guarantee a productive relationship between wood conservation and the energy industry.

The usage of forested areas is necessary in order to achieve the political objectives of expanding wind energy. Thanks to technical progress and higher towers, the energy of the wind can be profitably utilised above the treetops with modern turbines. Commercial forests offer the advantage that they are already serviced by paths through the forest which can mostly be used for the transport logistics of wind turbines.

Besides these advantages, the leasing of forest space offers the owner of the forest a further source of income as well as forestry. This makes them less dependent on the price of wood, thus offsetting fluctuations in earnings. This can be an important additional source of income, particularly in times of increasing drought, disasters and storm damage.

In order to intervene as little as possible in the sensitive eco-system of the forest, wpd relies from the outset on liaising very closely with the wood or forest owner:

Selected projects in the wood of wpd 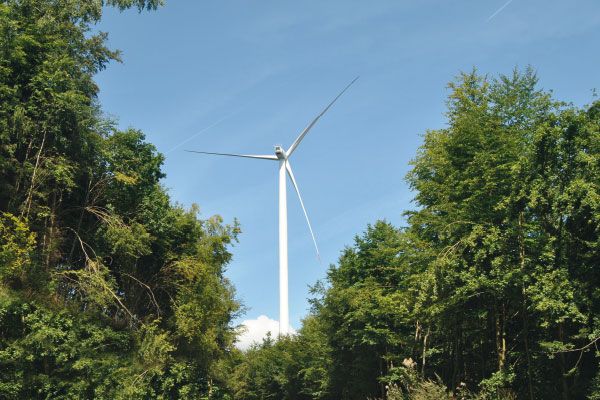 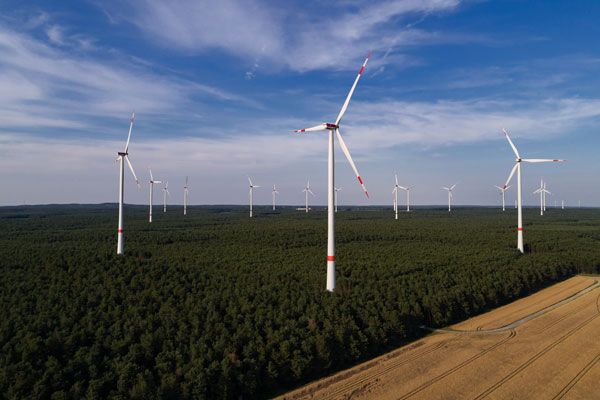